Morning Joe co-host Mika Brzezinski is no stranger to the sexism women in the workplace and beyond face daily. In fact, back in June, she was subject to it from the president. As you may recall, Donald Trump infamously slammed Brzezinski on Twitter after she and co-host Joe Scarborough noted the fake Time Magazine covers on display at Trump’s golf courses. The president retaliated by bashing both hosts, their show, and (in poor but not atypical fashion) Mika’s face.

“I heard poorly rated @Morning_Joe speaks badly of me (don't watch anymore). Then how come low I.Q. Crazy Mika, along with Psycho Joe, came ... to Mar-a-Lago 3 nights in a row around New Year's Eve, and insisted on joining me. She was bleeding badly from a face-lift. I said no!” he wrote over a series of two tweets.

VIDEO: Joe Scarborough and Mika Brzezinski Show us how to Create Fashion Staples

But Brzezinski has built her career on not putting up with BS, even if that means taking a hit—and she demonstrated that again this month. Brzezinski, who had previously entered into a book deal with Weinstein Books, pulled her involvement as soon as the recent sexual abuse and harrassment allegations against HarveyWeinstein came to light.

Exclusive! Mika Brzezinski: “This Is a Sign Of a Much Bigger Problem”

“When the news broke about Harvey Weinstein’s behavior, I knew I had to quit the book business with Harvey Weinstein. I had just signed a 3-book deal with Weinstein Books, re-releasing Knowing Your Value, which is out this fall, followed by Comeback Careers, for relaunchers, and The Millennial Challenge, for millennials. I tweeted I was out—no money was worth it—and I was the first person to publicly put money behind the pushback. My gut was that this would end well,” she told the audience at her Know Your Value conference in N.Y.C. on Monday.

"Within a week, Harvey was fired, and days later, Hachette Publishing severed its ties with Weinstein completely. So I can now announce that I couldn’t be more proud to be working with Amanda and Georgina [of Hachette Publishing],” Brzezinski continued.

But she doesn't plan to stop there. Brzezinski's next move? Write the guidebook on gender politics at work.

“Over the weekend, I pitched a fourth book to Hachette,” she shared. “Know Your Value cannot be a platform without talking about sexual harassment at work. I’ve been talking to victims and accusers for weeks; I’ve been writing down my own experiences in the workplace," Brzezinski said. "I’ve been in this business long enough to know what I’m hearing, so I plan to develop an open dialogue on this platform, and a manual on workplace ethics, office politics, and how to deal with every situation, as it comes in real time—because you cannot have a successful negotiation unless you make it clear that sex is off the table—period. End of story.” 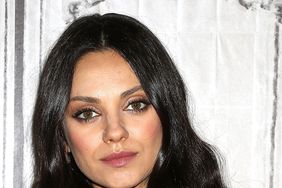 Mila Kunis Takes a Stand Against Hollywood Sexism: "I'm Done with Being Compromised"