Michael Kors Raises a Glass to Young Hollywood, the Embodiment of "Reinvention"

Michael Kors knows how to throw a party. The designer was joined by some of Hollywood's youngest and brightest stars in Los Angeles on Thursday night for an intimate party and dinner to fete Claiborne Swanson Frank and her new photo book, Young Hollywood.

Kors wrote the forward for Swanson Frank's book, which features more than 60 up-and-coming Hollywood actresses. "Claiborne is this rarity," Kors told InStyle at the party. "Here's a photographer who styles her own pictures. She finds her own locations. She's got this dream. And she gets it onto the paper. So for me, that was an amazing opportunity."

Rachel Zoe (above, with Kors), Kiernan Shipka, Julianne Hough, Nina Dobrev (who got ready for the party with Hough), Hailee Steinfeld, Gugu Mbatha-Raw, Emmy Rossum, Aubrey Plaza, and Abigail Spencer were among the party-goers. Zoë Kravitz performed with her band, Lolawolf, while drones filmed them from above.

"He's an incredible man, and obviously an extraordinary designer," Zoe said of Kors. "I think he defines American sportswear in the best way possible. I think he really has a true understanding of how women should look, how women want to feel and really appreciates just women in general. And I think you can tell him as a person, him as a designer, that he really respects women. And I think you know, that's something for me that I've loved about him."

The party was held at a private residence in Beverly Hills, where dinner was served al fresco in front of the home's spectacular view. Twinkle lights were strung above the long tables, giving the meal a romantic ambiance. Inside the house, shots of the starlets from Young Hollywood were on display for the guests to enjoy (they also took home a copy of the book). Swanson Frank's book is available now in Michael Kors stores and on assouline.com.

So how does the man of the hour define young Hollywood? "Possibility. That's what young Hollywood's all about. Reinvention and possibility. I think that's been the hallmark of young Hollywood since the silent era," Kors told InStyle. "That you came here with a dream, talent, ambition, and you can see someone arrive from a small town, and suddenly, when they have the drive, and they talent, and they're in the right place at the right time the world really is their oyster." 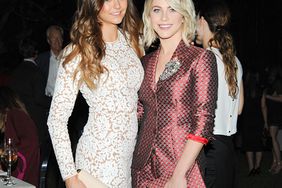 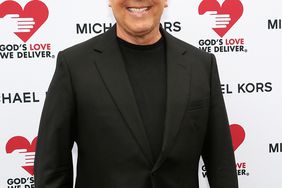 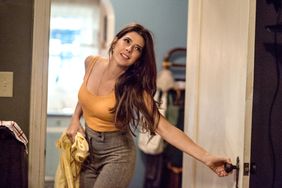