Michael Kors turns 56 today, and for nearly three and a half decades the designer has been a fashion force to reckon with, ever since he showed his very first collection at age 23. Celebrities in particular adore his designs—and the reason is clear: "I think he really has a true understanding of how women should look, how women want to feel and [he] really appreciates just women in general," says uber-stylist Rachel Zoe. Others in Hollywood seem to agree, with everyone from Kerry Washington to Blake Lively, Taylor Swift to Julianne Hough rocking his wearable styles. "I really love [his] designs," Hough told InStyle. "I think they're really fresh, cool, and classic."

In addition to his celeb-approved status, the man's got sass and isn't afraid to tell it like it is. (Who can forget what happened when he played Pictionary with Gigi Hadid?) In celebration of his humor and style, let's raise a glass to the man of the day, Michael Kors! 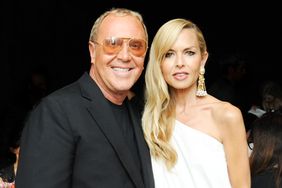 Michael Kors Raises a Glass to Young Hollywood, the Embodiment of "Reinvention"