Meryl Streep is teaming up with fellow actresses to eradicate sexism Hollywood once and for all. During a discussion with Gloria Steinem at the Massachusetts Conference for Women on Thursday, Streep revealed just how she plans to achieve gender equality in her industry.

“Right now, I’m getting together with a bunch of actresses that you know very well, and we’re all sort of going to make a set of non-negotiable demands,” Streep told the crowd. “We’re after 50/50 by 2020.”

Her campaign for equality was brought on in part by Harvey Weinstein. "The thing abound Harvey Weinstein is that he is sort of the most gargantuan example of a kind of disrespect that permeates every industry, every enterprise,” Streep said. “I’m not sure why. I have a lot of theories — maybe its in response to the women’s movement. Maybe its in fear of the women movement. But these abuses are about dominance."

Meryl Streep Reveals that She Has Been Beaten

In order to completely do away with this type of dominance, she remarked that it has to change from the top, as the elite board rooms are consistently mostly men. "There are always three women on a board, and then there are 9 or 12 or 14 other people. Equal means equal. And if it starts at the top, none of these shenanigans would have filtered down and been tolerated.” Hear, hear.

Streep witnessed these types of inequalities first-hand, as have her three daughters who are all in the industry. "I have three actresses,” she said. “I’m very proud of them, but it is tricky. Our business… and they’ve encountered it in just tangential ways. These challenges that are endemic in our industry, and it’s gonna fixed. It’s gonna get all cleaned up."

With the legendary actress at the helm, we have no doubt she'll fight until it's eradicated once and for all. 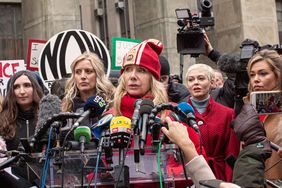 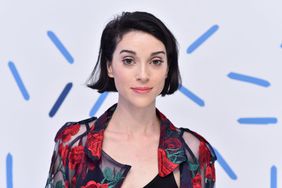