A glimpse into the duchess's past life.

Meghan Markle's former TV husband is throwing it back to their Suits days.

In honor of the show coming to an end later this week, Patrick J. Adams, Meghan's on-screen love interest, shared various photos he took over the years on set — including a few rare photos of the former actress and now Duchess of Sussex.

Adams posted a few slideshows to Instagram on Sunday night, writing, "This week the last episode of Suits will air and the nearly 10 year journey we’ve all been on together will finally be over. So it seems right to post some photos the next couple of days from the early days."

Among some shots he shared were previously unseen photos of Meghan outside of her trailer on the set, as well as one of her under a clear umbrella in the rain.

He also shared a number of photos of her in between shots of the show, including one of her on a couch, and a black-and-white photo of her in a bathrobe.

Adams, who dabbles in photography in his off-time, once put on a gallery show in N.Y.C. of photos he had taken on set, including one of the duchess and co-star Sarah Rafferty taking a break together — which he re-shared Sunday night.

This week, Suits will end after 9 seasons on USA Network. Meghan and Adams left the show last year, and their characters were both written off, but Adams's character, Mike, made a reappearance in the final season in a guest spot.

While Meghan has understandably been too busy to make a return to the show, Suits has played tribute to her in the final season by having Mike refer to her character, Rachel.

Meghan will be on her tour of Africa when the final Suits episode airs on Wednesday, but maybe she can put some time aside for a rerun later on. 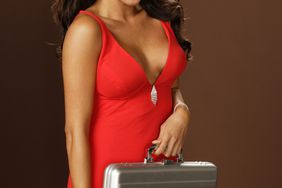