U.K. tabloids have been a big part of why Meghan Markle and Prince Harry have stepped back from their royal duties — and, it sounds like, for good reason.

During a recent podcast interview, the Duchess of Sussex's former co-star, Simon Rex, said that he was offered money from several British tabloids to lie about their relationship.

Back when Meghan was an actress, she and Rex both appeared on a TV show called Cuts in 2005. Rex said on the Hollywood Raw podcast that “Nothing happened. We never even kissed. We hung out once in a very non-datey way. She was just someone I had met on a TV show and we got lunch. That was the extent of it."

"When that story broke, a couple British tabloids offered to pay me a lot of money to say a lie that we actually hooked up," he said. I said no to a lot of money because I didn’t feel right lying and f–king up the royal f–king family."

Rex tweeted about the situation again in 2022, confirming the story when it made the rounds one more time. "This is true. And I framed the thank you letter she wrote me. She has very nice penmanship btw," he wrote.

In May 2018, shortly before Meghan and Harry's wedding, The Sun ran an alleged exclusive interview with Rex, in which he supposedly said Meghan turned down his requests for a second date.

Last year, Meghan and Harry announced they were taking legal action against several British tabloids in light of stories they say were untrue — including false claims about her background, her relationship with estranged father Thomas Markle, renovations at Frogmore Cottage, and more. 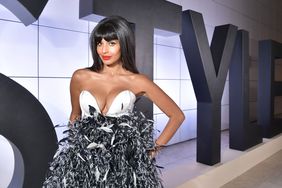 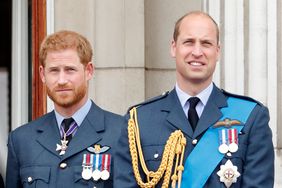