More than 70 women from across the political divide signed a letter of solidarity.

Meghan Markle just received a strong message of support from more than 70 women in U.K. parliament.

On Tuesday, 72 female members of Parliament across the political divide expressed their solidarity with the Duchess of Sussex in her battle against the U.K. media. Holly Lynch, a member of the U.K. Labour party, led the effort and shared the letter on Twitter, writing, "Women MPs from all political parties have put aside our differences to stand in solidarity with the Duchess of Sussex today and are sending her this open letter."

"On occasions, stories and headlines have represented an invasion of your privacy and have sought to cast aspersions about your character, without any good reason as far as we can see," the letter reads. "Even more concerning still, we are calling out what can only be described as outdated, colonial undertones to some of these stories."

The letter states the MPs’ support for Meghan in "taking a stand against the often distasteful and misleading nature" of newspaper stories about her and her family.

The show of solidarity comes after the duchess opened up about the impact negative tabloid coverage has had on her mental health.

Samantha Markle Is Reportedly Under Investigation for Cyberbullying Meghan

"I never thought that this would be easy, but I thought it would be fair. And that’s the part that’s really hard to reconcile," Meghan said in response to the media coverage. 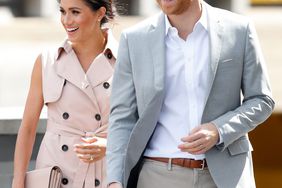