Is Meghan Markle Already on Her Maternity Leave?

And does that mean no more maternity inspo?

Duchess of Sussex Meghan Markle has kept up her royal duties since she announced her pregnancy, but according to multiple sources, things could already be slowing down. While fans have grown accustomed to seeing Meghan out and about just about every day, with a new coat, dress, or hat to show for it, it looks like her schedule could be clear until she gives birth to the new royal baby. Vanity Fair notes that there hasn't been any official outing since Markle attended a Commonwealth Day celebration with the Queen, Kate Middleton, and the rest of the royals, so she may have already started her maternity leave.

"There are plenty of private meetings taking place," a source said of Meghan's schedule. "If she is to do something public it would be announced, but there are none that are scheduled."

Meghan Markle Says She Can "Feel the Embryonic Kicking of Feminism"

Without any royal duties on the docket, royal-watchers may have to wait until April, which is when the baby is due, to get their Meghan fix. People notes that since Meghan is still taking private appointments, she's technically not on maternity leave yet.

In fact, she had a private meeting on Wednesday with two execs from the National Theatre, one of her patronages. So, it looks like while she's keeping a low profile in the public, she's keeping busy behind the scenes.

Will Meghan Markle Take After Her Parents When It Comes to Raising the Royal Baby?

Vanity Fair adds that when Kate was eight months pregnant with Prince Louis, her last public appearance was also the Commonwealth Day celebration. Six weeks after that outing, she gave birth. Meghan's on a similar track, so the future could hold a royal double birthday. There's another reason the day's so special to the family, however. Last year's ceremony was Meghan's very first official royal engagement. This year, the Queen announced that Meghan would be named the vice president of the Queen’s Commonwealth Trust, giving her one more reason to celebrate. 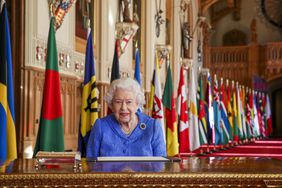 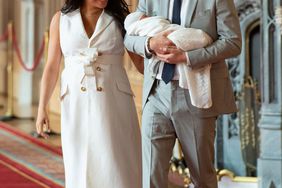 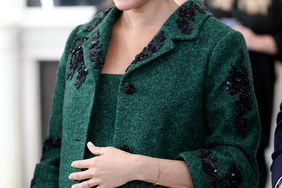