Meghan Markle's Dog Is On the Mend After Breaking Two Legs

According to several sources, Meghan Markle's adopted dog, Guy, recently suffered two broken legs, and naturally, the soon-to-be royal is distraught. The good news is the sweet Beagle is recovering after receiving the best care possible in London.

Markle is the proud pet parent of two rescue dogs, Bogart and Guy, and she's always encouraging people to adopt rescue animals in her Instagram posts. In the BBC engagement special, Markle revealed that Guy was living with her and Prince Harry in the U.K. while Bogart was staying with a friend.

Unfortunately, it seems as though Guy had an accident at his new home, though the circumstances of his injuries haven't been revealed. According to People, Markle is "very upset" about the situation, and her pup is being treated by renowned veterinary surgeon Noel Fitzpatrick.

The source also notes that Prince Harry has been accompanying Markle when she visits Guy at the treatment facility—at least they're getting through the tough time together. Here's hoping the sweet pup feels better soon!

It's always hard when your pet isn't feeling well, and we bet it's even tougher that this happened right before the holidays. Our hearts go out to Markle and Guy! 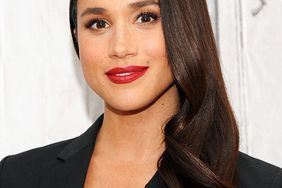