A So Fetch Mean Girls Mobile Game Is Headed Your Way

If Kim Kardashian is the Regina George of Hollywood, then a digitized version of Cady Heron is coming to steal her spotlight.

According to The Hollywood Reporter, Pocket Gems is following in the footsteps of Kardashian’s hugely successful mobile game and is launching one for our favorite teenage comedies, Mean Girls. Set to be released later this year, the game will allow us to enroll as seniors in North Shore High School and interact with Regina, Cady, Gretchen Weiners, Aaron Samuels, and perhaps even Ms. Norbury through a series of choose-your-own-adventure style plots based on the film. “Even though it’s been a while since the movie came out, it’s been a favorite for people at the company,” Pocket Gems’s Jameel Khalfan said. “It’s a really good fit for the platform.”

Regina George's Mansion from Mean Girls Is on the Market for a Cool $14.8 Million

So come lunchtime will you be considered a member of the Plastics, the Varsity Jocks, the Sexually Active Band Geeks, the Actual Human Beings, or perhaps the Anti-Plastics? Well, it’s up to you. The game allows you to choose everything from your clothing to what you do and even the characters you decide to befriend or ignore. Kirsten Smith, the writer behind Legally Blonde and 10 Things I Hate About You, is set to write the game’s storyline, so we’re expecting it to be nothing but fetch. Pick your poison carefully—you wouldn’t want to commit social suicide. 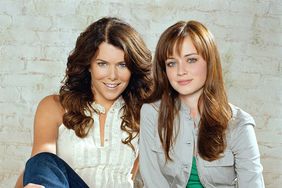