McDonald’s International Women’s Day Tribute Is Not Impressing Everyone

McDonald’s celebrated International Women’s Day on Thursday by making an unprecedented move for the company. The global brand flipped its arches from an “M” to a “W” to support women’s rights and recognize their contributions.

“In celebration of women everywhere, and for the first time in our brand history, we flipped our iconic arches for International Women’s Day on March 8 in honor of the extraordinary accomplishments of women everywhere and especially in our restaurants,” Global Chief Diversity Officer Wendy Lewis wrote in a statement.

“Additionally, in select 100 restaurants across the U.S., guests will see packaging, crew shirts and hats all celebrating International Women’s Day. We’re celebrating our employees, franchisees, suppliers, community partners and customers for all that they do today, and every day,” a representative toldInStylein a statement.

The blog post goes on to detail women in power throughout the company, saying that 62 percent of McDonald's employees are female, and six out of every 10 restaurant managers are women, stats that were echoed in a statement that McDonald’s gave to InStyle.

The company highlighted women like Patricia Williams, who became an owner-operator 30 years ago, is still running her own business, and is encouraging her two daughters to join in as well, and pointed out its contributions to Archways to Opportunity, a program that provides tuition assistance, academic advising services, and English language courses to help employees realize their full potential.

The impassioned blog post, though, didn’t stop people from pointing out the flaws in the brand’s tribute to women. People quickly branded it as “McFeminism” and a corporate marketing ploy.

“It’s cheaper to change all our signs than pay our women (and men) employees a living wage,” one Twitter user wrote.

“Maybe a living wage? Better family leave? A career path forward in the face of automation?” another criticized.

Others have also pointed out complaints of sexual harassment that appear to go unnoticed in the company. A Huffington Post piece in 2016 detailed the experiences of hourly workers in eight states who filed reports of being sexually harassed by fellow McDonald’s employees, with allegations that included groping, being propositioned for sex, and being shown nude photos at work.

By all means, McDonald’s, flip your arches—but don’t let that be your only move. 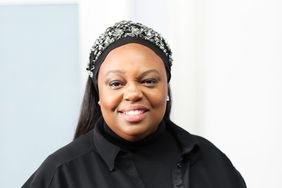