Matt Damon Shares the "Heart-Wrenching" Story Behind His Mission With Water.org

This feature originally appeared in the February 2014 issue of InStyle. For more stories like this, subscribe to the magazine now.

Every 21 seconds a child under the age of 5 dies because he or she doesn’t have access to clean water. “I find this heart-wrenching,” says Matt Damon, a father of four. Through his organization Water.org, the actor is determined to put an end to this profound crisis, which affects almost 780 million people worldwide.

It all started with a walk. In 2000, Damon was on a 10-day journey in Africa to get a firsthand look at some of the continent’s impoverished communities and learn what he could do to help. During the trip he met a 14-year-old Zambian girl and ended up accompanying her on an hour-long hike to collect water for her family. “Along the way we talked about her hopes and plans,” he recalls. “She told me that she was going to live in the big city and become a nurse. I soon realized that if someone had not built a well near where she lived, she wouldn’t have been able to go to school. She would have spent most of her time hunting for water.”

Inspired by the encounter, Damon co-founded Water.org. The charity is dedicated to helping communities in developing countries throughout Africa, the Americas, and South Asiafund projects that provide long-term, sustainable solutions, thereby ending desperate searches for potable water. “So far we have helped more than a million people,” Damon says, “and we believe we can reach millions more.” Read more of what Damon told us about his initiative in the Q&A below.

It is stunning to learn that nearly a billion people worldwide don’t have access to clean water. Why do you think something so basic and so vital has escaped notice?Unfortunately, public awareness of the global water crisis hasn’t yet sparked the kind of attention it deserves. I think it’s difficult for people who are accustomed to simply turning on a faucet and seeing clean water flow out to fully grasp the magnitude of this situation. That’s why, for us, spreading awareness is every bit as important as fund-raising.

What exactly does Water.org do?We help local communities design solutions to their water problems. We also give them a voice at the table. As field experts, social entrepreneurs, and financial experts, we’re committed to evaluating all of their ideas and accelerating the smartest ones.

For example?We started a program called WaterCredit, in which we support microfinance loans that are given to communities so they can meet specific drinking and sanitation needs. As the loans are repaid, the money is redeployed to others.

Recently you saw some of the progress for yourself in India. What made the biggest impact on you?Seeing the raw emotion of the women and children and the dramatic changes in their lives as a result of what we’ve done. When you bring water to people in need, the response is always the same: elation and joy. 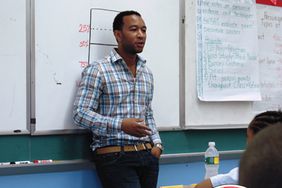 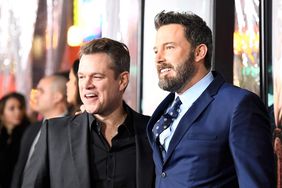 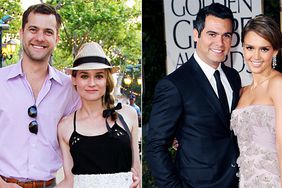 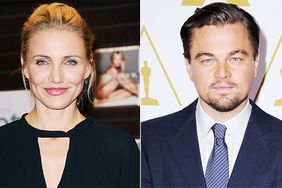 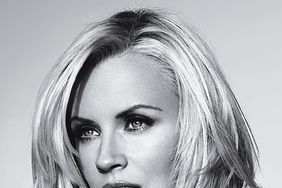