French leading lady Marion Cotillard may have entranced us onscreen as a brunette bombshell with a certain je ne sais quoi, but the actress is proving that she's no less alluring on the other end of the hair color spectrum.

While enjoying fashion week in Milan, the Inception star debuted her own seasonal makeover as she lit up the city with freshly dyed bleach blonde strands.

Alongside the platinum fall color switch, the 41-year-old gave weight to the adage that blondes have more fun as she switched out her favored bombshell waves and sleek bobs for a gathering of intricate French braids.

Adding another sartorial win under her belt, the La Vie en rose actress gave a nod to the '80s with a lime green power suit featuring a sleek satiny finish, puffed sleeves, a double-breast design, and wide-leg pants.

The stylish star was careful to keep the retro look from being too dated by updating her ensemble with the modern 'do, rolled sleeves, and minimalist accessories like gold geometric jewelry, a matte black handbag, and Christian Louboutin pumps. 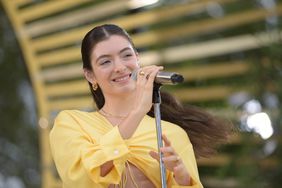 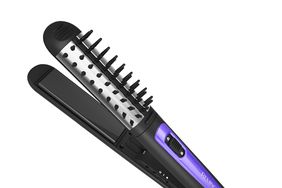