The best of both worlds.

Margot Robbie may not have a clear red carpet formula like her Bombshell co-stars Nicole Kidman and Charlize Theron, but she's no stranger to high-watt glam and giving fashion fanatics plenty to talk about. With a track record that includes homages to Sharon Tate, lots of Gucci, and a flirtation with floral prints, every event is an opportunity to see just what she has in store. At tonight's 2020 Golden Globes, where she's nominated for Best Performance by an Actress in a Supporting Role in Any Motion Picture, she arrived at the red carpet wearing a glittering multimedia dress.

Robbie, who wore her platinum locks in slight waves at her shoulders, shone in the elegant strapless Chanel piece, which featured a colorful, beaded and embroidered upper, and a simple white skirt. The best part of the look though? POCKETS.

Robbie's last appearance at the Globes was back in 2018, when she was nominated for Best Performance by an Actress in a Motion Picture - Musical or Comedy with her role as Olympic figure skating legend Tonya Harding in I, Tonya. That year, she wore a sleek, witchy dress from Gucci that featured intricate metallic embroidery and long sleeves.

Though it featured princess-y puffed shoulders, Robbie tempered all that sweetness with her signature Old Hollywood combination of relaxed Veronica Lake waves and red lipstick. 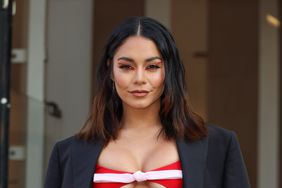 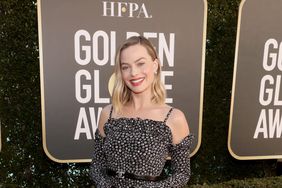 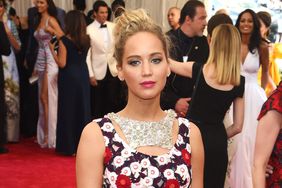