Margot Robbie is a Barbie girl, living in a Barbie world. The 28-year-old is officially stepping into the role of everyone’s favorite childhood doll in Mattel's first live-action movie around the character, according to E! News.

Not only will she be bringing the iconic character to life on film in a “fresh and relevant way," but she’s also set to be co-producing it under her Lucky Chap production company, alongside Warner Bros. and Mattel.

“I’m so honored to take on this role and produce a film that I believe will have a tremendously positive impact on children and audiences worldwide,” she told the outlet in a statement. “Playing with Barbie promotes confidence, curiosity, and communication throughout a child’s journey to self-discovery. Over the brand’s almost 60 years, Barbie has empowered kids to imagine themselves in aspirational roles from a princess to president.”

This news comes after many failed attempts to cast the lead role – first with comedian Amy Schumer and later actress Anne Hathaway. But we have to say, Margot's casting is spot on, and we have the photos prove it.

Scroll down to see 5 times the resemblance was just too uncanny.

1. When she looked extra patriotic in a red swimsuit with a striped beach towel to match:

2. When she looked winter chic in furry hat with hubby Tom Ackerley:

3. When she was red-carpet ready in a striped ball gown:

4. When she looked uber chic in head-to-toe-black and a pair of cool shades:

5. When she rocked Barbie's signature pink as Naomi Lapaglia in Wolf of Wall Street:

We'd say she's more than ready for life in plastic. 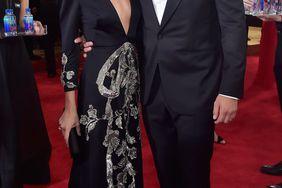 Who Is Margot Robbie Married to? Everything You Should Know About Her Husband Tom Ackerley 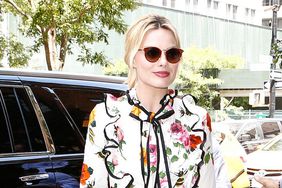