Marc Jacobs: "Louis Vuitton Is Working On Developing a Fragrance"

At an intimate conversation with New York Fashion Week creator Fern Mallis at 92Y in New York this week, Louis Vuitton creative director Marc Jacobs revealed that the Parisian fashion house has big news in the works. "Louis Vuitton is working on developing a fragrance," Jacobs told the attentive audience. "That was one of the things I pitched in the beginning. And about a year ago the talk became more serious." If and when Vuitton launches a scent, it will be the brand's first since the 1930s. We'll keep our eyes (and noses) peeled!

Plus, see stars who love Vuitton! 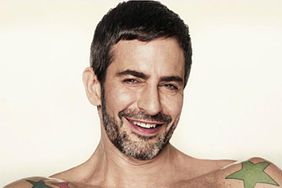