Models Gigi Hadid and Karlie Kloss may have helped the sport of boxing gain popularity thanks to their sexy, glove-wearing Instagrams, and now that the queen of pop herself has taken note, we’re officially on board.

Madonna stopped by her hometown of Detroit for another mark on her Rebel Heart world tour and showed that a jam-packed performance schedule doesn’t mean she’s too exhausted to give back to the community.

She took to Instagram yesterday to share equally endearing and fiery shots of herself hitting the punching bags inside the Downtown Boxing Gym Youth Program facility in Detroit. “Downtown Youth Boxing Gym is the place to be! Was so inspired by Cortez, a young and talented Boxer hoping to go to the Olympics!” she captioned the below shot—which makes clear that even a workout can’t stop her from sporting a glam, pop star-approved bomber jacket.

Downtown Youth Boxing Gym is the place to be!! Was so inspired by Cortez a young and talented Boxer hoping to go to the Olympics! If you want to help us with fundraising go to their web site for more info. #detroit ❤️#Rebel rebel-hearts

This Is How Amy Schumer Prepared to Open for Madonna's Show

Her trip also clearly inspired her to share a #TBT image of herself with legendary boxer Muhammad Ali:

So can we expect the 57-year-old diva to take her newfound jabbing, crossing, and hooking skills on stage? We can’t wait to see how her global tour evolves. 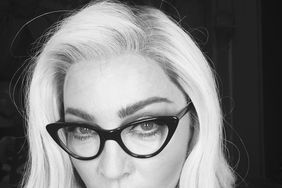 Does Madonna Read Your Instagram Comments? "Whenever I'm on Holiday," She Says

A Complete Timeline of Rihanna and A$AP Rocky's Relationship
It's Been 10 Years Since Rebecca Black Released "Friday," and the Internet's No Kinder to Young Girls 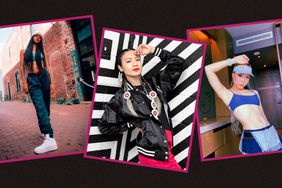