In last night's episode of Mad Men, titled "New Business," we possibly said goodbye to a character for good, were surprised by a character who stuck around longer than expected, missed a few of our favorites (Joan, where were you?), and were even introduced to a new character.

Diana is back—you know, that waitress from last week's episode. One might have assumed that Diana was a one time fling for Don and that her story ended last week, but the waitress stuck around for another episode—and this time, we learned some more about her: Diana recently moved from Wisconsin, is just divorced after a 12-year marriage, and had a daughter who passed away from the flu two years ago. (Her other daughter is back in Wisconsin with her father.)

Even though Diana appeared to be resistant to Don's ways, she eventually gave in and spent the night with him. But we learned later on that she stopped wanting to have anything to do with Don. So we're left to wonder: Is this the last time we'll see Diana? Maybe she'll surprise us again next week.

Either way, Don still seemed to keep his roller coaster of a love life busy. Cue: Megan. It wasn't exactly an easy episode for her, as she was the target of Harry Crane and his sleazy one-liners. He also presumptuously booked a hotel room in hopes of going one step further with her before the two went out to lunch to discuss getting her career back on track.

Mad Men Recap: Everything You Need to Know About Last Night's Mid-Series Premiere

As for Megan and Don: In an attempt to settle their differences, Megan moved out of the apartment, with help from her mother, and asked her ex for money. To seal the deal and put a true end to their relationship, Don wrote her a check for $1 million. Megan, who appeared to be in a state of shock, took off her wedding ring and walked out Don's with the check. With such a dramatic departure, we can't help but wonder if this will be the last time Megan makes an appearance on the series. Her move resulted in the episode's powerful closing scene where Don is seen alone in his bare apartment.

As for the new character (yes, Matthew Weiner, Mad Men's creator, is still introducing us to new characters in this final batch of episodes): photographer Pima Ryan surfaced to shoot the Cinzano account, but it wasn't the only thing on her agenda. The photographer made a move on Stan, pulling him into the darkroom—and also made a pass at Peggy in her office. Stan and Peggy swap information on their encounters with Ryan, which we hope will only bring them closer, and possibly spark a long-awaited romance between the two. Needless to say, Peggy will not be giving Ryan another job, so that should be the end of her. 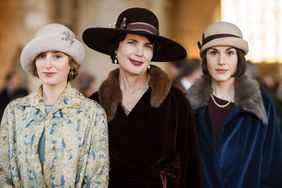 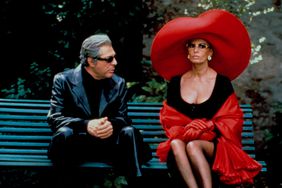