Lupita Nyong’o didn’t just bring her star power to Wednesday night’s Star Wars “Force 4 Fashion” event at Skylight Modern in New York City—she brought a whole freakin’ galaxy. The red carpet pro was on hand to celebrate the launch of a new fashion-meets-fundraising initiative between Disney and Bloomingdale's: a Star Wars-inspired series of 11 designer pieces that will be auctioned off this month to benefit Child Mind Institute, a charity that aims to transform mental health care for kids and teens. And from the moment that Nyong'o arrived, the Star Wars: The Force Awakens actress turned heads in a black nylon mesh creation that had an empowering message of its own.

“This is a Zac Posen dress in collaboration with Google,” Nyong’o told InStyle of the piece that Coco Rocha debuted on the runway at New York Fashion Week. “It’s for an initiative they have called Made with Code, which encourages girls to try computer science as a viable career.” Embedded with over 500 programmable LED lights underneath its top layer of fabric, the dress lit up in a pattern as Nyong’o worked the room. But she chose to wear the dress for more than just its mesmerizing visual appeal. “This is fashion meeting computer science, and it was all coded by girls,” she said. “I like what this stands for.”

This isn’t the first time that Nyong’o has made a statement about female empowerment, as she’s taken to social media to support women’s equality in the past. But it remains to be seen whether or not she’ll continue to incorporate social messages into her style during the upcoming press tour for Star Wars: The Force Awakens, which hits theaters on Dec. 18. In fact, the actress is remaining tight-lipped about what we can expect from her at the premiere events altogether. “I’m giving no hints!” she said.

We think it’s safe to say she has more than a few showstoppers up her well-lit sleeve.

Dressing for the Office Is Confusing, So We Asked Stylists for Their Best Outfit Ideas
Kristen Stewart Clearly Has a Thing for Sexy Crop Tops and White Socks 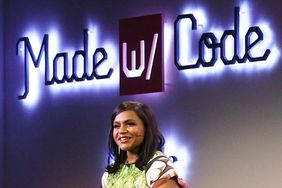 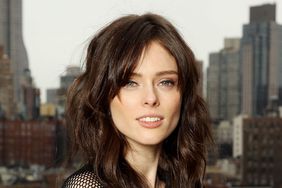