Lorde Once Got Stuck Underground on the Subway for 4 Hours

Lorde might be the one human in the world who likes the New York subway system. The singer, who thanks the subway in her album’s notes, still feels a “bit of romance” toward the MTA—even though she once got stuck underground for four hours.

In one terrible, terrible train delay, Lorde was stuck “sitting on the floor for four hours,” she told Seth Meyers on Monday night. But rather than worry about getting recognized as a celebrity and swarmed on the train, she was more concerned about the bit of food she had buried in her bag.

VIDEO: 4 Apps That Make You Money While You Travel

In all seriousness, the singer understands why New Yorkers hate the MTA. “I understand if you lived here for a long time and you took the subway 5,000 times, you would hate it,” she conceded. It especially makes sense in the so-called “Summer of Hell,” as track work and repairs are causing massive delays and service changes, causing scenes like this:

But for Lorde, the subway was actually instrumental in helping her write her album, Melodrama ($13; amazon.com). “I feel like it was really nice writing this record, I would sit there and listen to the work, and it helped me kind of be around people, you know, because when you’re working in a studio, you’re very isolated and you kind of just hang out with a couple people. I feel like it kind of reintroduced me back into society,” she said.

And when she did get recognized, she responded with a smile and a silent request for the subway rider to keep his or her realization to themselves, which Lorde achieved by pressing a finger to her lips.

And as terrible as the MTA makes the lives of New Yorkers, apparently they were nice enough to honor her request. 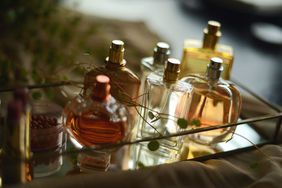