The founding father of rock died at age 87.

It's a sad time for rock and roll fans everywhere. On Saturday, Little Richard, a pioneer of the musical era, died from his ongoing battle with bone cancer. He was 87.

Following the heartbreaking news, celebrities — including Viola Davis, Bette Midler, and Cyndi Lauper — took to social media to honor the late legend and his groundbreaking career. Over six decades, Little Richard recorded hits "Tutti Frutti" and "Long Tall Sally," and paved the way for other rock artists, such as The Beatles, The Rolling Stones, and Elvis Presley.

Scroll below to read every tribute from Little Richard's most famous friends and fans. 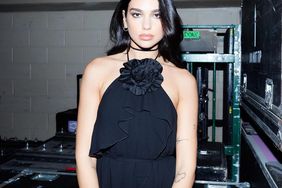