Iggy Azalea has been lying low since her engagement to L.A. Lakers player Nick Young last year, and now we know why: She was working on some amazing new music. The rapper released a new single, “Team,” last night off of her upcoming album Digital Distortion, ushering in a new era of I-G-G-Y.

In the single, Azalea raps about being the “only friend [she] needs” on her team. “Baby I got me. And that’s all I need,” she sings. And though it’s clear the rapper is happy on her own, it looks like there is an A-list star clearly on Team Iggy: Kylie Jenner.

The reality star sent Azalea one of each shade of her Kylie Lip Kit to test out. “I checked my mail today and found this! Thanks @kyliejenner!” Azalea wrote on Instagram. “Can’t wait to try every color.”

Being self-sufficient is great, but there’s nothing wrong with having a friend on your side. Watch the newly-released dance video below to see an incredible performance set to Azalea’s new single (warning: lyrics are explicit).

"It Was the Last Good Time": Celebrity Photographer Randall Slavin Shares Candid Photos from '90s Hollywood Hangouts
It's Been 10 Years Since Rebecca Black Released "Friday," and the Internet's No Kinder to Young Girls 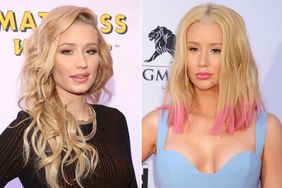