Director Nancy Meyers is in on it, too.

Could there be a Parent Trap reunion on the calendar for next week? According to director Nancy Meyers, something big is happening and it doesn't look like it involves any twin hijinks. People reports that Meyers teased a big event on her Instagram, simply stating that fans of the 1998 film have something to be excited about.

Meyers posted a behind-the-scenes photo from the set, which shows her alongside a 12-year-old Lindsay Lohan.

"I have some #ParentTrap news to share next week. #ItsGoingToBeFun," Meyers wrote before adding a major disclaimer: "Not a sequel. Sorry!" With no further details, it's a waiting game for everyone to see exactly what's in store.

Lindsay Lohan Wants to Return to Acting with Mean Girls 2

Lohan hasn't commented on the news. On Twitter, she simply posted a story about Meyers's post from the Daily Mail. Fans were understandably more vocal, with excited comments flooding Lohan's feed, such as, "We're shaking," and, "Oh my God!!! I would die!" Understandable sentiments, since the film was a huge hit (grossing $92,108,518 worldwide) and has become a cult favorite for Disney fans, Lohan fans, and anyone who loves a comedy involving twins being twins.

Quaid spoke about working with Lohan during an appearance on The IMDb Show, telling host Tim Kash that he really believed that she was two different actors.

"She had me believing they were two different kids. She was a savant,” Quaid said. "She could just channel anything like that. Some people are like that and the rest of us have to work at it." 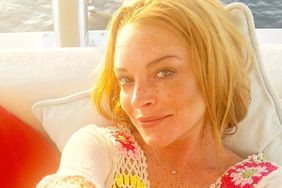