Just days after flashing back to her iconic role as a transfer student turned Plastic in 2004's Mean Girls with a Regina George-approved bomber jacket in London, the actress is taking us on another trip down memory lane with two of her earliest (and most beloved) characters.

Before Cady Heron, the flame-haired star won her way into our hearts playing twins Hallie Parker and Annie James, who reunite at camp and switch places to bring their parents back together in 1998's Parent Trap. And it appeared that the classic film was on the former child actress's mind as she shared an on-set photo to Instagram of herself as the British Annie dressed in the most stylish of ensembles.

Simply captioned "#Memories" along with the emojis of the American and British flags, a tween LiLo smiles for the camera while waiting in a chair emblazoned with her name.

While we can't get over how baby-faced a young Lindsay looks, the star's impeccably stylish custom Chanel suit, matching headband, and black-and-cream flats are sure to inspire some major style envy. Fans quickly jumped on the nostalgia train as they flooded the 30-year-old's comments section with their own memories of the beloved movie.

As the Parent Trap nears its 19th anniversary this July, we'll be keeping a look out for more throwbacks from the classic Disney remake. 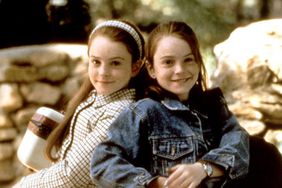 The 6 Most Stylish Camp Movies of All Time 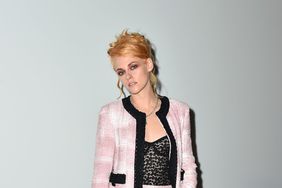