And she shared her first campaign since sharing her experience with the procedure.

Update July 19, 2022: In a message posted to Instagram, supermodel Linda Evangelista shared that she settled her lawsuit with CoolSculpting. She thanked her supporters and explained that now, she would be focusing on the "next chapter" of her life and spend times with "friends and family."

Following her botched CoolSculpting, Evangelista stepped away from modeling, but shared a photo over the weekend of her new campaign with Fendi. People reports that it is her first job since sharing her story.

"On September 9 2022 @Fendi will host a special fashion show in New York City to celebrate the 25th anniversary of the #FendiBaguette, designed by @silviaventurinifendi, and two years since @mrkimjones joined the Maison as Artistic Director of Couture and Womenswear. #Fendi," Evangelista wrote alongside the photo, which showed her wearing multiple pink hats and carrying a pair of Fendi Baguette bags.

Previously: Runway legend Linda Evangelista is opening up about why she has been out of the public eye, saying that she has been "brutally disfigured" after she had CoolSculpting procedures five years ago.

The popular procedure is designed to result in fat reduction, but Evangelista shared that she actually had the opposite happen and that even after two corrective surgeries, she's been described as "unrecognizable." People reports that the supermodel filed a lawsuit against Zeltiq Aesthetics, CoolSculpting's parent company.

"Today I took a big step towards righting a wrong that I have suffered and have kept to myself for over five years," her latest Instagram post began. "To my followers who have wondered why I have not been working while my peers' careers have been thriving, the reason is that I was brutally disfigured by Zeltiq's CoolSculpting procedure which did the opposite of what it promised."

She continued, explaining that after the procedure, she "developed Paradoxical Adipose Hyperplasia or PAH," which is "a very rare but serious side effect" of CoolScultping. Instead of shrinking fat cells in a targeted area, PAH causes targeted fat cells to grow bigger.

"PAH has not only destroyed my livelihood, it has sent me into a cycle of deep depression, profound sadness, and the lowest depths of self-loathing," Evangelista added. "In the process, I have become a recluse."

Evangelista's filing claims that she has endured "severe and permanent personal injuries and disfigurement" and it has caused her "pain and suffering, severe emotional distress and mental anguish."

The suit goes on to say that because of the alleged "disfigurement," Evangelista has experienced "economic losses" because she has been "rendered unemployable and unable to earn an income as a model." 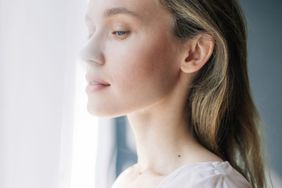 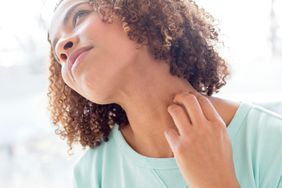 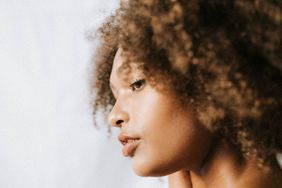