While some people bask in the joy that is deciding what they will be for Halloween, others aren't so quick to come up with costume ideas, a struggle that Lena Dunham knows all too well. In the latest issue of her Lenny newsletter, the Girlsstar details her "failing" Halloween costumes, and why she has decided the holiday is actually just for amateurs.

Dunham's love-hate relationship with dressing up began when she was 4 years old and decided she wanted to be a mermaid-fairy. "My dad sewed this mer-tail all by himself, which is incredibly sweet, but the fact that the tail emerged from my butt rather than wrapping around my legs left a lot of people confused," she says. "That, coupled with the ratty wig, made me look like this homeless rave person who once wandered into our elevator in the ’80s demanding juice."

It was all downhill from there. From a secretary that she describes as being "too much like a teensy alcoholic divorcée to be a good candidate for candy" to a Medusa whose plastic snakes fell off her leotard, to her most recent Halloween getup which involved paying homage to comedian Louis C.K. (all pictured above), Dunham is the first to admit that her costumes thus far have been rather unsuccessful. However, that's not stopping her from dressing up this year—or learning a lesson from her previous costumes.

While discussing her All Hallows' Eve perils with her friend Sarah Sophie Flicker, Dunham was given some insightful advice. "Halloween is for amateurs," Sarah said. "Every day is Halloween for me." In other words, let your freak flag fly. You don't need an excuse to dress how you want, and you should treat every day as an opportunity to "evoke a character" through your clothing. Amen to that.

Click here to read the full story (with pictures!), find out why Dunahm has decided that she'll treat every day as Halloween, and see what her costume is this year. Plus, subscribe to the Lenny newsletter here. 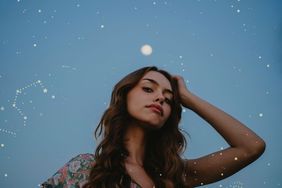