Lena Dunham Chronicles Her Endometriosis Battle Like Never Before

Lena Dunham has opened up about her struggles of living with endometriosis in a whole new way.

During Thursday's Women of the Hour podcast segment, the Girls star shared details from a recent visit to New York's Lenox Hill Hospital's emergency room when a producer when along with her to capture recordings of the experience.

The Lenny Letter co-founder originally thought her pain was due to a urinary tract infection. "I've been hurting more and more," she can be heard saying in the episode.

"I started antibiotics, didn't do anything, and the pain in my back and my pelvis has become overwhelming and so I'm here to figure out if I have an ovarian cyst or some other kind of ovarian issue that's causing the continuous pain that is draining me of my life force," she says.

During the podcast, the 30-year-old also shared details about the numbing effects of morphine and her intense withdrawal symptoms, including shaking and sweating, after a prolonged stay at the hospital. "I felt like I'd done something terribly wrong just by wanting to feel better," she said.

The actress has previously opened up about the physical effects of her illness with a bikini selfie showing off her "endo scars."

Endometriosis impacts 1 in 10 women in the United States and 176 million worldwide, so kudos to this body-positive star for publicly sharing her journey with this common, but often-ignored disease.

Click here to listen to Dunham's podcast episode in full. 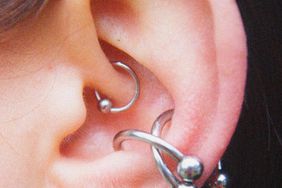 Can Getting a Daith Piercing 'Really' Help Migraine Symptoms? 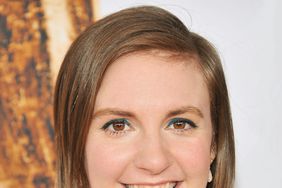