Learn How to Boil An Egg with the Owners of N.Y.C. Hot-Spot Egg

If you follow the N.Y.C. food scene, you may have heard of this joint in Brooklyn called Egg. If you haven't, it's an insanely popular restaurant located in the hipster-ridden Williamsburg area that can easily be identified (especially during the weekend brunch hour) by the crowd of customers piled outside, waiting for a seat. What started off as a humble breakfast pop-up where the owner, George Weld, could serve classic southern-style morning dishes, quickly exploded into a neighborhood favorite, despite being open for only 7 hours a day, from 5 a.m. til noon.

Fast forward 10 years, and Egg is still as successful as ever. Last year the restaurant relocated to more spacious digs, and Weld, along with his exec chef Evan Hanczor, just released the most beautiful cookbook, Breakfast: Recipes to Wake Up For, ($26, amazon.com) published by Rizzoli. The book is meant to inspire you to make your mornings memorable, not dreadful, he says, and includes a range of recipes from simple dishes you can whip up in minutes, to slightly more laborious ones like their bestselling Eggs Rothko.

We sat down with Weld for a quick round of Q's and got him to dish on what he's eating for breakfast, how to perfectly boil and peel an egg, and most importantly, how to beat the weekend brunch-rush. Plus he gave us an exclusive recipe for a veggie hash (which can easily become a vegan option if you omit the cheese) to jump-start your day.

Check it all out below.

What's one fun fact about an egg that most people probably don't know. They have two whites. Different whites.

And a fun fact about yourself? I have credits from 9 different colleges. I don't know if that's fun or depressing.

What's your favorite butter? I love Ronnybrook, which is what we use here.

How do you boil an egg? Two ways: Put your eggs in cold water, bring it up to a boil and turn the heat off. Gently stir the eggs once to keep the yolk from settling on one side. Let it sit for 3-10 minutes (3 minutes for a soft-boiled, to 10 minutes for a hard-boiled). Or, bring your water up to a boil first, then gently put the egg in and simmer slowly for whatever amount of time you want. It's really important to make sure you get them out of the water quickly and into an ice bath. As soon as they go a little bit over hard-boiled, they get that green sulfurous ring around the yolk and the whole thing smells terrible.

Tips to get a clean peel? There's this one trick that we do. I don't know for sure if it works, but we believe in it: Poke a thumbtack through the fat end of the egg before boiling it. The theory is, it lets some air or pressure in, and makes it a little bit easier to peel. You can also use a slightly less fresh egg, gently roll the egg on the table to crack the shell all around, or peel it underwater (sometimes running water gently pushes the shell off). But sometimes, they just look crazy no matter what and there's nothing you can do about it.

This veggie dish will just as easily make your vegan friends happy too---just omit the cheddar and be mindful of the cooking fat.

Directions 1. In a large skillet or griddle, heat a tablespoon of bacon fat, butter, or some vegetable oil over medium-high heat. When the oil is hot enough to sizzle when you touch a bit of potato onto it, smash the hash brown down on the oiled griddle.

2. When the potatoes are browned and crispy on the bottom, sprinkle with cheese and allow to melt for a minute before adding the vegetables. Lay peas, pea shoots and red onion on top. When the cheese is melted, fold easy hash in half and transfer to a plate with a spatula. Sprinkle with scallions. Serve with eggs or a salad or on its own.

Directions 1. Put the potatoes in a deep pot and add cold water to cover. Bring to a boil over high heat, then turn off flame and let the potatoes sit in the boiled water for 8 minutes.

2. After 8 minutes, confirm that the potatoes are cooked by poking them with a knife—they should receive the tip of a knife easily, but without getting smushy (if they're mushy, it's too late for hash browns. Drain them and make mashed potatoes or soup). Pour the potatoes out into a colander and let them dry.

3. While they are still warm, peel the skin off each potato (you may find this easier to do with a pairing knife than with a vegetable peeler, which can get gummed up).

4. Grate the potatoes into a bowl on the coarse side of a box grater. You can also grate them using the grater attachment of a stand mixer, but don't grate them in your food processor—they'll turn to goop.

5. Mix the minced onion into the grated potatoes, then season generously with salt and pepper. Mix well with your hands.

6. While the potatoes are still warm, scoop them up a handful at a time, about 1/2 cup, and form them into big disks with your hands. Pack them by bringing your hands together around the grated potato as though you were clapping. You want them tight. You may find you have an easier time of it if you dip your hands in clean water between each hash brown.

7. Once the hash browns are formed, you can wrap them tightly in plastic wrap and store them overnight in your fridge. If the potatoes are properly cooked, the hash browns won't turn gray. Even if they do, they'll still taste good. At this point you can use any of the potato-based hashes in this book.

8. To cook, use a fryer or fill a pot at least 2 inches deep with oil. Heat oil to 350 F and fry the hash browns in batches small enough that they don't crowd. Each one should take about 5-7 minutes. Once they're cooked, hold them on a drain rack or a few layers of paper towel until you're ready to serve.

Cover and recipe text excerpted from BREAKFAST: Recipes to Wake Up For 2015 by George Weld and Evan Hanczor. Reproduced by permission of Rizzoli New York. All rights reserved. 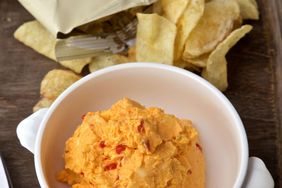 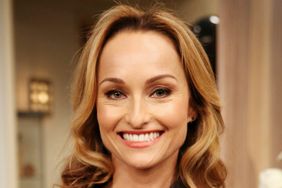 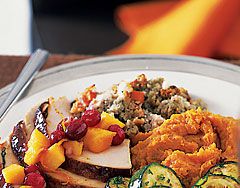 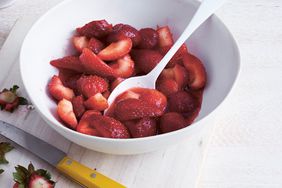 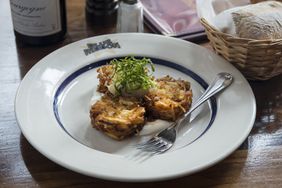 Finish Off Hanukkah Right with This Amazing Latke Recipe 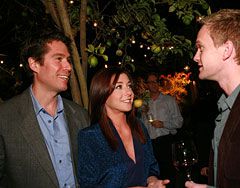 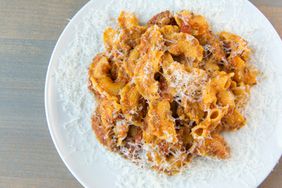 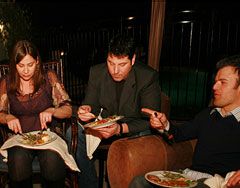 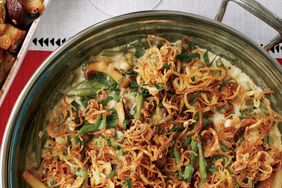 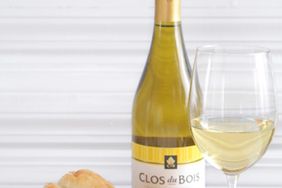 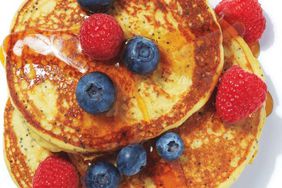 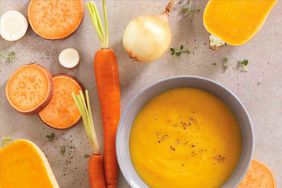 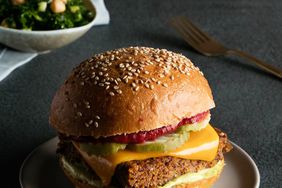