Designer Sena Yang earned her stripes at Alexander McQueen and Catherine Malandrino before branching out 7 months ago to start her own line, Sena—now she can count Lauren Conrad as a fan! The reality star recently wore the line's sexy sheer-paneled Illusion skirt in an eye-popping fuschia (right). "She owned [that look]. I could not have been happier," Yang told us. Inspired by '90s rock and Helmut Newton photographs, Sena's spring collection features feminine silhouettes with a dose of tough-girl attitude. "I'm very much inspired by that downtown girl who's effortless and chic," said Yang. Sena retails from $60 to $400 and is sold at Revolveclothing.com. 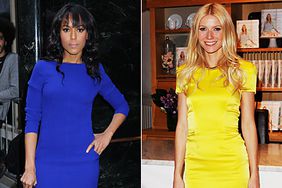 11 Ways to Be a Stylesetter This Fall