Since creating Twelfth Street by Cynthia Vincent in 2003, designer Cynthia Vincent has won over more than a few celebrity fans with her wearable, bohemian designs—Jessica Alba, Blake Lively, and Drew Barrymore among them. This year marks the brand's 10th anniversary, and to celebrate, Vincent is re-releasing nine of her best-selling shoes in a special collection starting this month. Shop the anniversary throwbacks at cynthiavincent.net, including the Goldie, the Georgie, and the Gwen (each priced at $345). 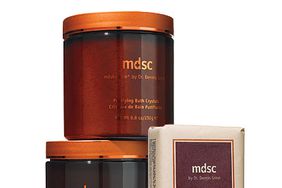