Lady Gaga's Stylist Nicola Formichetti Is Dressing Kim Kardashian Now: Here's Why He Loves Her So Much

Lady Gaga's longtime stylist, Nicola Formichetti, has his hands on a new project—and he's super excited about it. "I started working with Kim Kardashian recently," the Thierry Mugler artistic director—who revived the Parisian house in 2010—told InStyle.com at the New York launch of his Muglerette bags for Shopbop.com. "Kanye [West] introduced us. For me, she’s so important. I’m feeling the same excitement I had when I first met Gaga." Those are big words from the stylist who has honed Gaga's image from the very beginning, and even had Mother Monster walk in the Mugler runway show in 2011. "I love Kim because she's really raw. I would love to make her into a modern-day Marilyn Monroe," Formichetti continued. "She kind of symbolizes the modern-day girl. She has a different body structure, different skin tone, and she likes very sexy things. She’s not a model, and that excites me." So will we see Kim rocking the avant-garde style Gaga has become so known for? Yes, and she already has thanks to Kanye's influence. "I feel like I can make Kim a little bit more conceptual, but not in a Gaga kind of way," Formichetti said. "In a year's time, people will beg for her." Even while she's pregnant, Formichetti hopes to craft her maternity style: "So exciting!" he gushed. Big aspirations! 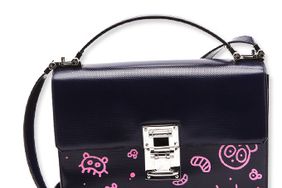 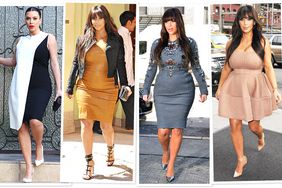