Tiffany's security intervened before the 128.54-carat gem was able to order a Crunchwrap Supreme.

If you watched the 2019 Oscars, you probably remember the dazzling Tiffany Yellow Diamond, previously worn by Audrey Hepburn nearly 60 years prior, that encircled Lady Gaga’s neck. I mean, the 128.54-carat gem was hard to miss …

Anyway, you may also recall that night being major for Gaga — she walked away with an Oscar for Best Original Song. It was so major, in fact, that Mother Monster forgot to return her necklace, appraised at around $30 million, to Tiffany & Co.

During a recent interview on The Graham Norton Show, Gaga revealed that she and her sister were in full celebration mode, “barreling through champagne backstage” and left the theater without notifying anyone. “Everyone freaked out that I was still wearing [the necklace],” she said, “when I went to Madonna's house, security guards were side-eyeing me."

The next stop for Gaga (and the obvious final destination of any truly great night out) was of course Taco Bell, but the Tiffany Diamond didn’t quite reach the chalupa stage of the evening. “When we were heading to Taco Bell, my car was pulled over and Tiffany's security politely removed [the necklace] from my neck,” Gaga explained.

This probably reads a lot more Mission Impossible than it actually was, but wow, the urgency. Was Tiffany worried the diamond would start whispering “yo quiero Taco Bell” in the vault? Would all the other priceless jewels get jealous and revolt? Bradley Cooper, we’ve found your next project. 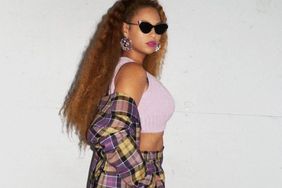