Lady Gaga is lending her voice in light of the horrifically tragic shooting that took place early Sunday morning at a gay nightclub in Orlando, Fla., leaving 49 people dead. On Monday, the singer made an unannounced appearance at a Los Angeles vigil, where she read aloud the names of all 49 victims and gave an emotional speech, dedicated to the LGBT community and to all those affected.

A longtime supporter of the LGBT community, Gaga dressed simply in all black, as she tearfully addressed the crowd outside L.A. City Hall. In doing so, Gaga pleaded with the thousands gathered to "pledge an allegiance of love" to the victims of the attack and to their families.

“Tonight I will not allow my anger and outrage over this attack to overshadow our need to honor those who are grieving truly for their lost ones, lost members of the LGBT community,” she told those at the vigil, before reading the names and ages of each of the 49 victims. “I hope you know that myself and so many are your allies. Not only me, but everyone here. We represent the compassion and the loyalty of millions of people around the world that believe in you. You are not alone, you are not alone.”

Behind the singer, those listening held up signs in black-and-white that spelled out "Orlando," while others waved rainbow-colored flags. In concluding her speech, Gaga said: "Tomorrow I hope that we all race thoughtfully and loudly towards solutions. But tonight, and right now, Orlando, we are united with you. And we are here to remember."

You can watch Gaga's speech in full above. Below are the singer's recent tweets in response to the shooting. Originally, Gaga was scheduled to attend an Emmy for Your Consideration event for her FX show, American Horror Story: Hotel, on Monday, but it was canceled following Sunday's tragic and unthinkable events. 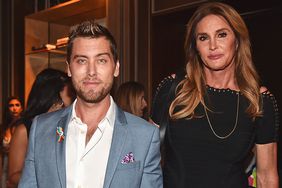 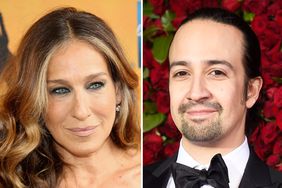