Little monsters, prepare to lock your doors! Lady Gaga is on this week’s cover of Entertainment Weekly in a look we haven’t quite seen on her since her bloody performance of “Paparazzi” at the 2009 VMAs. Gaga and her accompanying blonde locks and red lips look gorgeous in the shot by Michael Avedon, but her bloodstained chest and strikingly piercing bedazzled glove are what really stand out.

So why should we all think twice before sleeping soundly at night? In the issue, the megawatt star opens up about her highly anticipated role as The Countess of the creepy, ultimately murderous Hotel Cortez in American Horror Story: Hotel. “I’ve just been weeping while I’m here because I have returned to something I’ve believed in so much, which is the art of darkness,” the singer tells EW. “It’s not something that everyone understands, but, for the people that do—Horror Story fans, my fans—there is a true connection between us, and it’s a language within itself.”

The First Glimpse of Gaga in Horror Story Is Finally Here

That true connection was also felt between Gaga and Ryan Murphy, the show’s creator. As we learned from the interview, the Lady ultimately gets what she wants. “I called him and I said, ‘Ryan, I wanna be on Horror Story.’ And he goes, ‘OK.’ And that was it,” she adds. As The Countess, Gaga will don larger than life ensembles and attend modern day fashion shows while also preying on unsuspecting hotel dwellers for their blood, the main source of life that feeds her so called “darker” side, which also includes an infatuation with sex.

So much so that she’s also intertwined in a love triangle with Donovan (Matt Bomer) and a male model who goes by Tristan (Finn Wittrock)—Angela Bassett also returns as Ramona Royale, Gaga’s former lover. “There’s something about this season that’s got real heat to it,” says Sarah Paulson, one of the show’s recurring stars. “It’s pulsating. Every season has a different tone or color. And I think this year for sure would be blood red.” There’s no doubt we’ll tune in Oct. 7, when American Horror Story: Hotel premieres on FX. 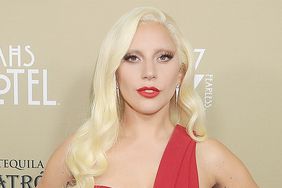 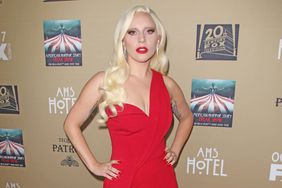 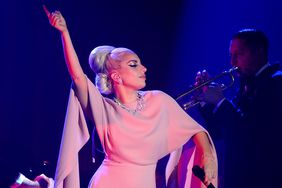 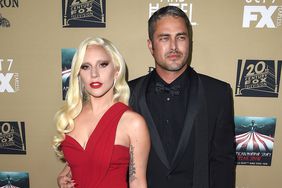