Kylie Jenner Just Made This Affordable Bottle of Wine Instagram-Famous

Is this Pinot Grigio coming for the 2019 Egg's crown?

Hello, Instagram Egg? There's a new inanimate object on the social media scene, and she's so above the drama.

As the Khloé Kardashian/Tristan Thomson/Jordyn Woods saga continues to play out on this season of Keeping Up with the Kardashians, innocent respective sister and best friend Kylie Jenner is naturally being pulled into the narrative. But, like, she has other things to deal with — namely, a baby daughter, rap star boyfriend, and billion-dollar beauty empire …

Jenner took to Instagram following the latest episode of the E! reality show on Monday with a very clear message about where she stands on the whole ordeal. The beauty boss shared two photos of herself sitting atop a table in a tiny white bodysuit and matching dad sneakers sipping a glass of wine. "Another day another episode of me minding my own business 😀," she captioned the post.

And it's not just any bottle of wine that Jenner's sipping — it's one that us non-billionaire influencers can actually probably afford (for special occasions, at least). The 21-year-old is enjoying a bottle of Santa Margherita Pinot Grigio, which retails for $22.99 on wine.com.

As you may recall, the year began with a bizarre dethroning of Jenner and her previous Instagram record of 18 million likes. An egg (yes, an egg) did the honors with a photo that currently boasts nearly 54 million likes. Kylie's latest just cracked 7 million, but there's still time! C'mon, Pinot Grig, you can do it! 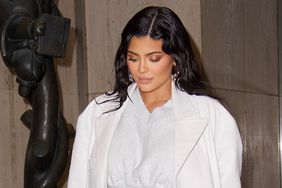 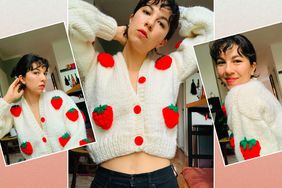