There's about to be a new Kardashian-Jenner in the world—but this time moms Kim or Kourtney aren't involved. It's big news from Kardashian Korner because youngest sis Kylie Jenner is pregnant.

People confirms that the 20-year-old makeup mogul is expecting a baby girl and is due to give birth in February 2018.

Jenner has been dating 25-year-old rapper Travis Scott since spring this year.

“They started telling friends a few weeks ago,” a source tells the outlet. “The family has known for quite some time. She is REALLY excited and so is Travis!”

Jenner has continued 'gramming and posting her famous selfies as of late, so it seems that despite the big news, it's business as usual.

The Kardashian family just marked a different kind of milestone by marking the 10-year anniversary of their show Keeping Up with the Kardashians, but we have a feeling this baby news will be cause for even more celebration. 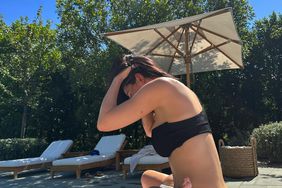