One of the Kardashian Sisters Is Worth Almost a Billion Dollars

Forbes released its annual list of America's Richest Self-Made Women this week, and none other than Kylie Jenner, founder of Kylie Cosmetics, made the list number 27 with a whopping net worth of $900 million. I repeat: Nine. Hundred. Million.

That makes Kylie the youngest person in history to make this list, which is hardly an easy feat. It also makes her miles ahead of her famous family—including Kim Kardashian West, Kourtney Kardashian, Khloé Kardashian, and Kendall Jenner—at least in terms of wealth.

How do we know this for sure? Forbes laid it all out. Kim Kardashian also made this list at number 54, with an estimated net worth of $350 million. That's about a third of Kylie's, if you're keeping track. For her part, Kylie seems less keen to compare and more keen on creating more lip kits.

"It’s incredible to be recognized for something I’m so passionate about, and I’m really grateful for that," Jenner said, according to WWD. "I’ve always loved makeup and worked really hard to bring the first lip kit to market. Connecting with my fans and creating product that excites them has been an incredible process. I’ve learned so much along the way and I hope to inspire others to follow their dreams."

Kylie Jenner Admits She Had Her Lip Filler Removed

All that said, the designation wasn't without some backlash. Many fans were angered over the adjective "self-made" which was used to describe Jenner. "She grew up in a wealthy, famous family," wrote writer Roxane Gay on Twitter. "Her success is commendable but it comes by virtue of her privilege."

As an almost-billionaire, Jenner seems focused on her company, but she's on track to break records as she works. Forbes reports that it's likely that she'll pass the billion dollar mark sometime this year, which means she'll take the title of youngest ever self-made billionaire from Mark Zuckerberg.

Sounds like she'll have a lot to toast to once she finally turns 21. 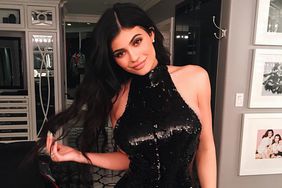 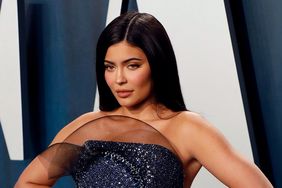