Kristen Stewart has always marched to the beat of her own style drum, but the 26-year-old actress seems to have taken cues from pop doyenne Taylor Swift as she arrived to promote her latest project, Café Society, at the 2016 Cannes Film Festival on Wednesday. How so? While the two stars celebrated major hair transformations in early April—we’re o-b-s-e-s-s-e-d with their new platinum ‘dos—it’s her downtown, too-cool-for-school aesthetic that matches Swift’s newfound freedom in fashion.

For the daytime outing, Stewart, a face of Chanel, rocked a plain white cropped T-shirt with a pocket and paired it with a selection of dangling, lock pendant-adorned necklaces and (what else?) a high-waisted ivory skirt that appears to follow Chanel’s classic, Coco-approved formula. Her black-and-white cow-print pumps are major, and a delicate arrangement of rings and a chunky watch keep things both minimal, yet ultra polished.

Her standout forearm tattoo is just that, and her choppy locks pair well with a beauty look that’s made up of a dark and smoky eye with a natural-looking glow and a nude-ish lip. All in all, Stewart welcomed the fashion race that is Cannes in an A+ manner. 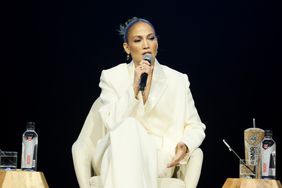 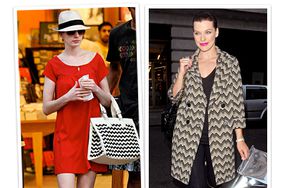 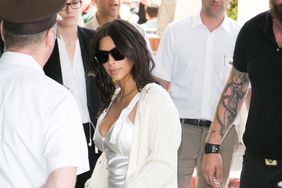