With four years of marriage, two kids, and two impressive careers under their belts, how do Kristen Bell and Dax Shepard keep the romance alive? Apparently, it's all about the laughs.

"The funny keeps it spicy for us a lot," Bell, 37, revealed to E! News at the Los Angeles premiere of A Bad Moms Christmas. "He keeps me laughing all the time. I try to make him laugh and every now and again I get there."

Well you know what they say? A couple who laughs together, stays together. But that's not all there is to it. "Really it's just being aware of the other person's needs," Bell added, turning the conversation serious.

Bell and Shepard have been keeping things funny since they tied the knot at the Beverly Hills courthouse back in 2013, but marriage has also forced them to open up to each other. "We're very vulnerable with each other, but we've bypassed the discomfort in that vulnerability," Bell told People last year.

Whatever it is you're doing, keep it up! 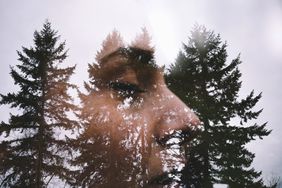