Kris Jenner has babies on the brain this holiday season.

As Sunday's special edition of Keeping Up with the Kardashians aired, the momager appeared to not-so-subtly reference her daughters Khloé Kardashian and Kylie Jenner’s rumored pregnancies.

During the holiday segment, the 61-year-old couldn’t stop dropping hints about the arrival of more grandkids, without technically confirming her indirect comments. "One of my favorite traditions during the holidays is to shop for all the kids for Christmas—and now, it’s extra special because I get to shop for all the grandkids, It never seems to end, which is exciting,” she said, as the Kar-Jenner clan decorated their Calabasas home and faced-off in baking competitions.

More clues surfaced during the family's Christmas feast when different members went around the table to share what they were most thankful for. After Kim Kardashian West, who is expecting a third bundle of joy via surrogate, mentioned that she's grateful for the calm before her new baby's arrival, Kris took the floor.

"I used to pray that one of you guys would have a baby,” she told her girls. “And now it’s like a faucet that we turned on and it won’t turn off, so the fact that I have all these grandchildren—it’s been the most amazing journey to watch your kids [have kids]. It’s truly the meaning of life.”

We're hoping for a holiday miracle that Khloé and Kylie confirm their pregnancies soon! 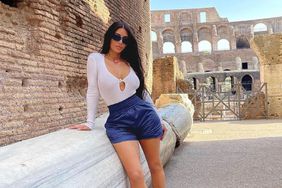 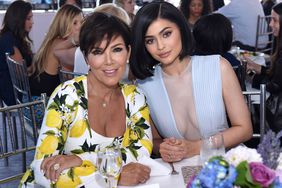