What Kourtney Kardashian and Scott Disick's Reconciliation Means to Us

After almost a year-and-a-half of being apart, Kourtney Kardashian and Scott Disick have reconciled, according to E!—or more likely Kourtney finally forgave Scott, who happily hopped back on the relationship train with her.

When the duo first broke up back in 2015, we were devastated. How could he treat Kourtney like anything other than the queen she is? And while it took Scott a while to realize the mess he made of their once beautiful relationship, we think he did a good job of cleaning himself up and finally becoming the family man Kourt always wanted him to be.

After the exes were seen on an intimate family vacation together in Mexico, we knew it was only a matter of time before they made their relationship official once more.

So now that they've decided to take another shot at their relationship, what does it mean to us Kardashian-Disick fans? Well for one thing, we're hoping to see a lot more of Scott on Kourtney's Snapchat and Instagram accounts. Because if you don't social media your boyfriend, do you really even have one? Plus, after Scott Instagrammed that cheeky photo of Kourtney, we can only assume he'll be showing off his girlfriend's hot bod on social media on the regular, giving us even more incredible #fitspo from the eldest Kardashian sister. Maybe Scott will even join in on her often-Snapchatted workout sessions.

Does this reconciliation mean we can all start believing in love again? We hope so, as 2016 has been a rough year for our favorite celebrity couples—see Brangelina, Naomi Watts and Liev Schreiber, Lady Gaga and Taylor Kinney, the list goes on. It's always nice to see at least one star couple making it work, especially when they're so obviously meant to be together!

Why Celebrity Break Ups Affect Us

Although we're sure the couple will be taking things slow for a while, we're secretly hoping for a televised wedding special in the not-so-distant future. 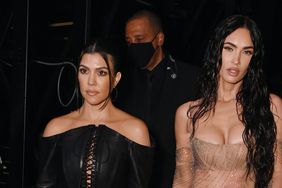 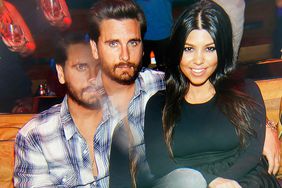 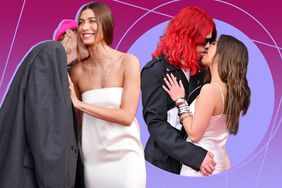