Kourtney Kardashian may have spent her Monday night partying with younger sister Khloé at Justin Bieber's Grammys after-party, but the doting mom's priorities are still at home. On Tuesday, she took to Instagram to share what she did post-partying: Cuddle with oldest child, Mason Disick.

"Beautiful morning," the reality star captioned a photo of her and Mason snuggling up in bed. The snap is black and white and, like many of the sweet cuddling pics she's shared in the past, slightly blurry. In it, she's wearing what looks like dark pajamas while her 6-year-old sleeps in white PJs.

It's been a busy week for Kardashian—the mother of three was in New York City for New York Fashion Week, where she stepped out for brother-in-law Kanye West's #YeezySeason3 show at Madison Square Garden and also starred in sister Kylie Jenner's hilarious Snapchats. Safe to say she's happy to be back home with her number ones, and who can blame her? Keep the cute 'grams coming, Kourt. 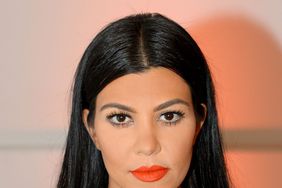 Kourtney Kardashian and Baby Reign Cuddle Up in This Sweet Instagram 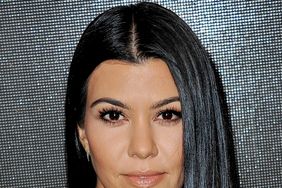 Kourtney Kardashian Cuddles With Daughter Penelope in This Precious Instagram 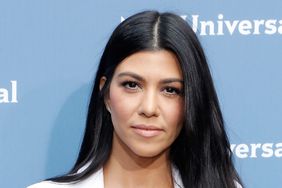