The Kardashians Have Never Seen Kourtney So "Giddy" Over a Boyfriend

Has Kourtney Kardashian found the one? In a sneak peek from an upcoming episode of Keeping Up with the Kardashians, the eldest Kardashian sister excitedly plans a special birthday surprise for her now-24-year-old boyfriend Younes Bendjima.

"I know Kourt has been out on the dating scene recently,” Khloé explains in the clip. “She's planning a birthday surprise tonight. I don't really know the details tonight but she's like doing this whole exchange. Like she's putting like a hotel key into a wallet."

Apparently, Khloé isn’t the only one who feels this way. In the preview, Kourtney stresses overwrapping the surprise gift while sitting in the passenger seat of a car alongside pal Jonathan Cheban. "Just be fun," Cheban advises. "You're so f—ing weird about it."

Although it’s unclear when Younes and Kourtney’s relationship began, it was around April of this year that their romance went public, just a few weeks prior to Bendjima’s 24th birthday in May. Watch the preview in the video above. 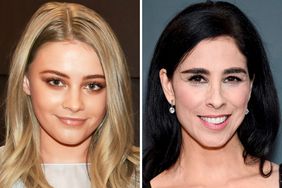