After many months of speculation, the reality star confirmed the news in a newly released teaser for Season 14 of Keeping Up with the Kardashians.

“We’re having a baby!” Kim is heard telling Khloé over Facetime at the end of the minute-long clip. Kim and Kanye, parents to North, 4, and Saint, 1—are reportedly expecting the baby via surrogate.

But, naturally, that’s not the only thing the Kardashians reveal in the teaser—it’s just so hard to Keep Up!

"I've given up on being with the person I have three kids with," Kourtney tells Khloé, referring to her former partner Scott Disick. She also confirms that she has a boyfriend (Enter: Younes Bendjima?).

In the next shot, Khloé tells the camera, “Kim is now so insecure,” while the focus shits to Kim’s infamous crying face, choking out the words “Why did I come?” between sobs.

Clearly, there’s a lot of riveting material packed in the teaser. You’ll just have to see for yourself: 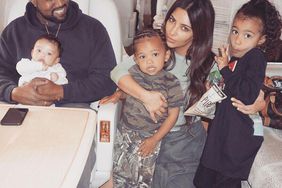 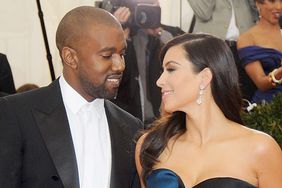