Kim Kardashian's Bump Has Popped! The Star Turns Heads in Paris With Her Latest Maternity Ensemble

Another day, another head-turning outfit for Kim Kardashian. Since the reality star announced her second pregnancy, she’s stepped out in one figure-hugging maternity ensemble after another, and her latest is no different. On Tuesday, Kardashian hit the streets of Paris in a brown skirt, black shirt, and navy trench, highlighting her growing baby bump. The expectant mom finished her look with strappy Hermès heels, her favorite Céline sunnies, and minimal jewelry.

And despite the fact that she's 20 weeks along, Kardashian isn't letting pregnancy number two slow her down. While in the City of Light, Mrs. West has had fittings with Balmain creative director Olivier Rousteing, met with designer Alexandre Vauthier, and just last night she posted behind-the-scenes photos from a shoot with Riccardo Tisci.

Related Video: How to Get Kim Kardashian's Signature Waves 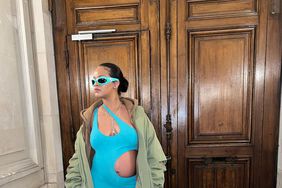 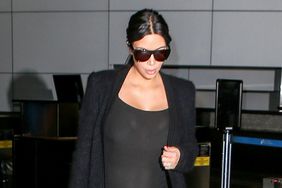 Kim Kardashian Returns to the U.S. in a Skintight Black Bodysuit 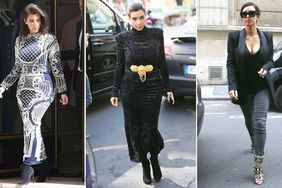 Kim Kardashian's Polished Parisian Style (Plus a Hint at Who May Design Her Wedding Dress!) 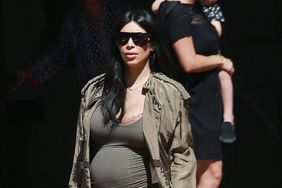 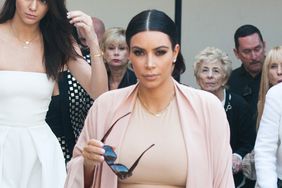 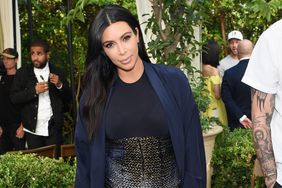 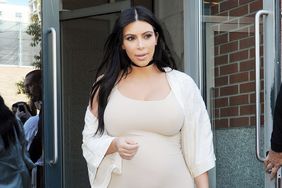