The Khloé Kardashian and Tristan Thompson situation divided anyone and everyone who kept up with the Kardashians. Hard lines were drawn when Kardashian decided to stick by her boyfriend, Tristan Thompson, after he admitted to cheating. But it looks like Kim, who initially called the entire situation "so f—cked up," is taking back those choice words and looking at things a little differently.

According to Cosmopolitan, Kim explained that the entire thing will be making an appearance on the upcoming season of Keeping Up with the Kardahians. During an interview with Ryan Seacrest, Kim said that Khloé requested some privacy while the situation unfolded, but noted that when Khloé stepped away from cameras, everyone else kept on talking about it.

"I don’t want to give too much away, because we genuinely had those conversations, and sometimes we were filming and sometimes we weren't," Kim told Seacrest. "It was more maybe when Khloé wanted her privacy and no cameras when she was in Cleveland going through that, [but] the sisters were still all filming and talking [about] how to approach it and what to do."

Those sisterly talks are sure to be a huge part of KUWTK, especially since fans know that Khloé decided to stay with Thompson through his affair and the birth of her daughter, True. Now, they'll likely get to see how she came to that decision and whether or not her sisters had anything to do with it. Kim also added that having a baby could have played a part in how Khloé handled herself.

“It was definitely new territory for us when you have a new baby coming into the world. I think ultimately, we always want her to be happy, but it gets all clouded when there’s a baby, you know?" Kim said. "Her motherly instincts kicked in, and she has to do what makes her happy. So we’ll support that."

Khloé's desire to shy away from the camera may come as a surprise to longtime viewers. Always known as the most outspoken sister, it was unusual for her to go through the whole ordeal without as much as a tweet or official statement. Perhaps the ministrations of a certain momager kept things under wraps until the perfect time. The season premiere of KUWTK comes this weekend, so fans can get a peek into exactly what's going on behind the Kardashian curtain when Khloé and co. reveal all. 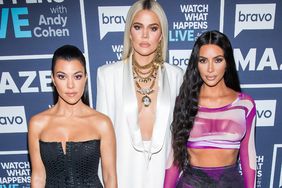 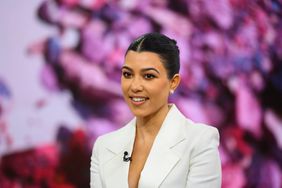