Happy birthday, Kim Cattrall! The English-Canadian actress we know and love from her role as Sex and the City’s sassiest sex symbol turns 61 today, and she doesn’t look a day over her SATC days when her character, Samantha Jones, taught us some of life’s most, um, interesting relationship lessons.

Today, the self-described “Liverpool born, Canadian-bred New Yorker” has returned to her British roots, to star in a new adaptation of The Witness for the Prosecution, a period drama set in 1920's London. In addition, Cattrall also lead the Canadian adaptation of the British TV show Sensitive Skin, which landed her an International Emmy Award nomination in 2015.

VIDEO: How Much Would It Cost to Be Carrie Bradshaw on Sex and the City?

Interestingly enough, both of Cattrall’s recent acting roles feature a middle-aged woman going through a life crisis. But, in real life, the now 61-year-old actress has no problem with aging. In an AOL Build talk last January, Cattrall said that Sensitive Skin showrunners tried to edit away her wrinkles. "I went, 'Okay, I've earned those wrinkles. I'm playing a woman who is dealing with wrinkles and aging and everything that goes with it. We can't do that. They are part of the story.'"

"This is what 60 looks like," she continued. "The best is yet to come." We couldn't agree more. Take a look back at the gorgeous star's transformation in our gallery. 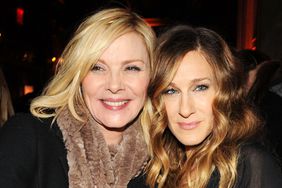 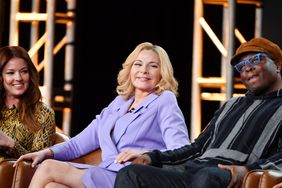