Khloé Kardashian and Tristan Thompson have been keeping a low profile since the basketball star's cheating allegations became public. While their relationship status remains unclear at this point, the couple, who welcomed their daughter True Thompson last month, seems to be doing well despite the drama.

Kardashian and Thompson were spotted today at TownHall restaurant in Cleveland, OH, according to a video obtained by TMZ. In the footage, you can see the couple sitting next to each other looking relaxed in casual all-black ensembles.

A rep for TownHall restaurant had no comment, People reports.

Whether or not this is an indication that Khloé is willing to forgive and forget after he reportedly cheated on her remains to be seen, but a source told People that Thompson is "back in the Cleveland house."

“Khloé seems happy. She loves being a mom. She’s focused on keeping her family together. She seems okay with Tristan — there’s no talk of a split,” the source said.

“When she wants something to work, she will make it work,” the source adds. “Her family’s issue with Tristan is that they think he won’t change. But Khloé isn’t listening to this. She has been very firm with Tristan, and she believes he wants to keep his family together as well.”

Her family is a bit more hesitant to welcome Tristan back with open arms. When asked about the cheating scandal on The Ellen Show, sister Kim Kardashian didn't hold back. "Poor Khloé,” she told host Ellen DeGeneres. “I don’t even know how to describe it besides it’s just so fucked up."

“We really were rooting for Khloé, and we still are. She’s so strong and she’s doing the best that she can. It’s a really sad situation all over. I kind of made this rule with my brother, if there’s a baby involved, I’m going to keep it cute, keep it classy, and not talk too bad—I’m going to try not to say anything so negative, because one day True is going to see this. It’s so messed up.”

“Khloé is amazing,” she continued. “I’m so proud of that kid. I get choked up because she’s such a good mom and honestly I get so emotional.”

“I was in Cleveland last week, it was snowing, and she was all nestled in the nursery and the baby. She’s just concentrating on that, just being a mom, her baby and I think that’s what her sisters are doing as well. She's so excited about motherhood and trying to get the nursing thing down, which is a little tricky.” 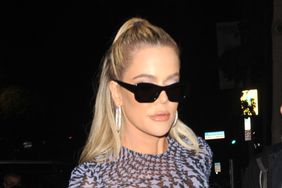 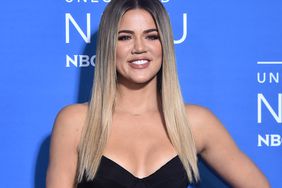 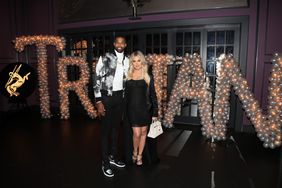