Pregnant Khloé Kardashian Reveals How Many Months Along She Is

Once finally confirming that she's pregnant with her first child just last week, Khloé Kardashian is no longer shy about her journey to motherhood.

After dressing her barely-there bump in a bedazzled jumpsuit on Christmas Eve, Koko took to Twitter to reveal how far along she is into her pregnancy on Monday—the ultimate holiday gift for her social media followers.

“I’ll be 6 months next week,” the mom-to-be tweeted alongside an emoji of a pregnant woman.

Shocked fans flooded the fitness mogul’s account with questions about her tiny belly, and the Keeping Up With the Kardashians regular had an interesting theory about the size of her baby bump in light of being six months along.

“In the mornings my tummy seems smaller and later in the evening it pops out more. So I think,” she wrote.

We’re looking forward to many more candid pregnancy confessions from Khloé until her bundle of joy arrives this spring! 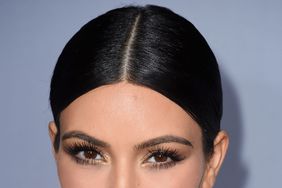