It's a girl! Kevin and Danielle Jonas took to Instagram today to announce the sex of their impending bundle of joy, and the reveal is too cute for words.

In the former Jonas Brothers band member's snap, the couple's 2-year-old daughter Alena Rose smiles for the camera as she holds a giant pink heart balloon with the words "baby girl" written on it. The proud dad happily captioned the picture collage, writing: "We're having a GIRL!!!!!!!!" Danielle also shared the same image on her account along with a video of her mom excitedly telling the news to a group of family and friends.

Just last month, Kevin admitted that he was hoping for another girl in an interview on the Sirius XM satellite radio show Nigel Barker's Gentleman's Code, but said that he'd be thrilled as long as the baby was healthy. Back in April, the married duo confirmed that they were expecting their second child together via a hilarious Instagram that showed Kevin reading What to Expect When You're Expecting Again while Danielle indulged in a pile of tasty snacks.

Kevin Jonas and Wife Danielle Are Expecting Baby No. 2

Congrats to the growing family on their upcoming addition—we can't wait to meet her. 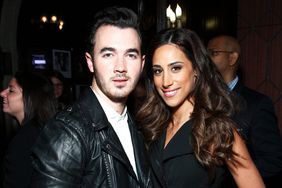 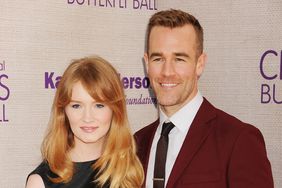